My frontdrive way required revamping so I decided I wanted something that would stand out and be more of a feature rather than a basic front drive. The previous lawn area was messy and muddy especially in wet weather and I found that I was treading dirt and mud into the house and vehicles. I began by excavating the area and  removed the lawn area at 300 deep and removed the existing steps. Once excavated I placed a soakaway system and sub base materials were placed. I drew out the design onto the sub base where the grass area was to create a feature. I began to think creatively and decided on a colour scheme to make the feature stand out. I built a new step where the house is to make them wider and bigger which would give the overall effect of a much larger front drive. This made the pillars stand out even more. I extended a meter wide of concrete base from the existing concrete level. The bricks I used were West Hoveley bricks and castle grey slabs to cap the steps which stand out nicely. I began to pave 600 by

900 castle grey slabs in a brick effect and from the house I worked out that three slabs away from the house would create equal spaces for the circle. I installed a Raj Green three ring circle at 2.8 perimeter and placed some bricks around the outside of the circle and around the perimeter of the circle as an edge. From a birds eye view I began to place a row of bricks from corner to corner. I continued with the castle grey slabs around the circle and reversed it like a 3D effect so the circle can stand out from the colour. The effect was four folded corners to bring out the circle. I left a planting trough at 6 metres long by 600 wide ready for organic soil and planting for the spring. The reason for the soakaway system in place is so that I can extend the paving across the existing driveway and to install aco drains when ready. The paving water will drain through the existing flower beds. Usually I would use Canter Grey slabs, however the Company I would order from were out of stock for the size I required.

The castle grey has worked out perfect. I now have a suitable area to park my vehicles and also have created a stunning feature which I have been complimented on by neighbours and passers by. 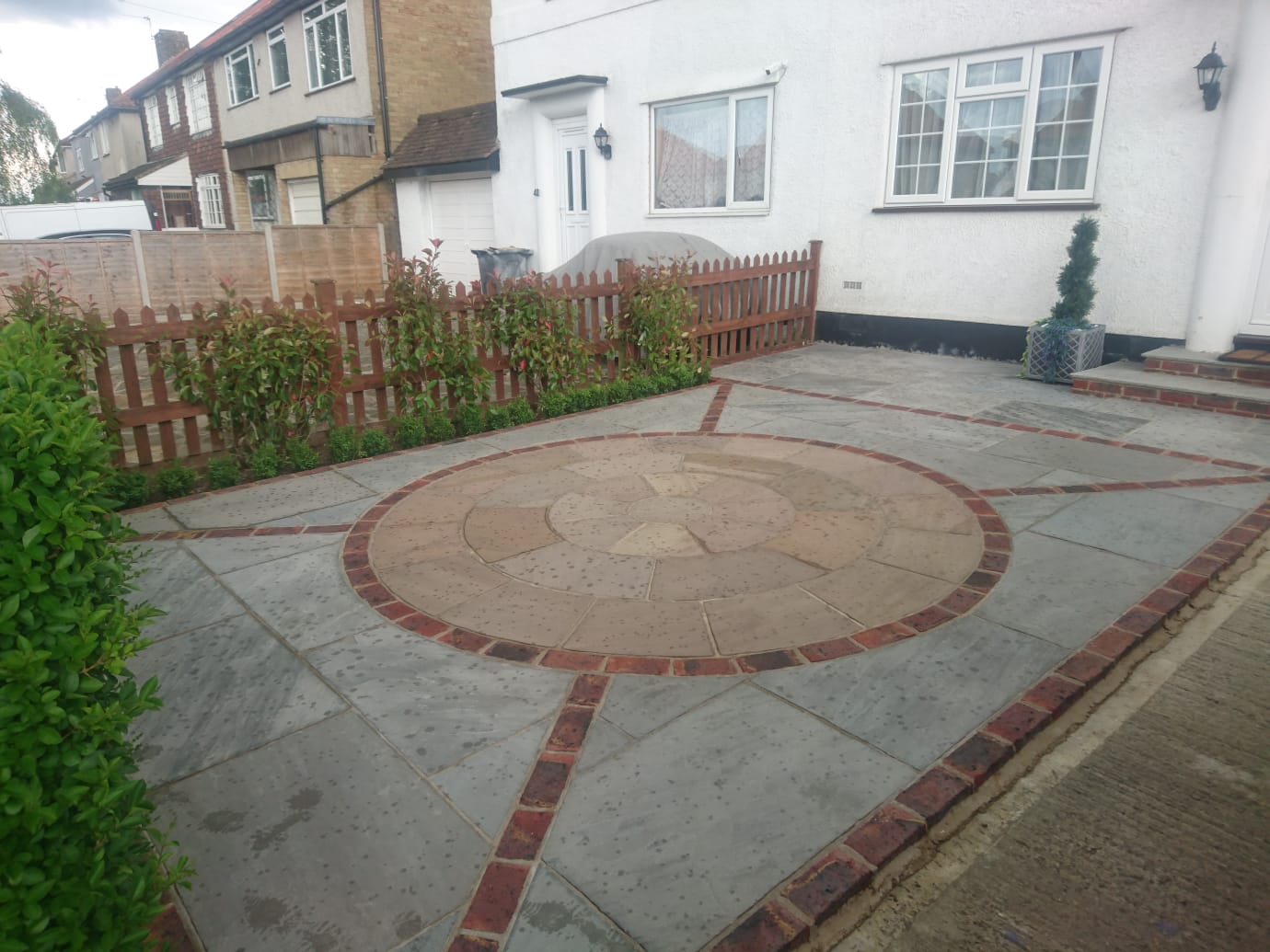 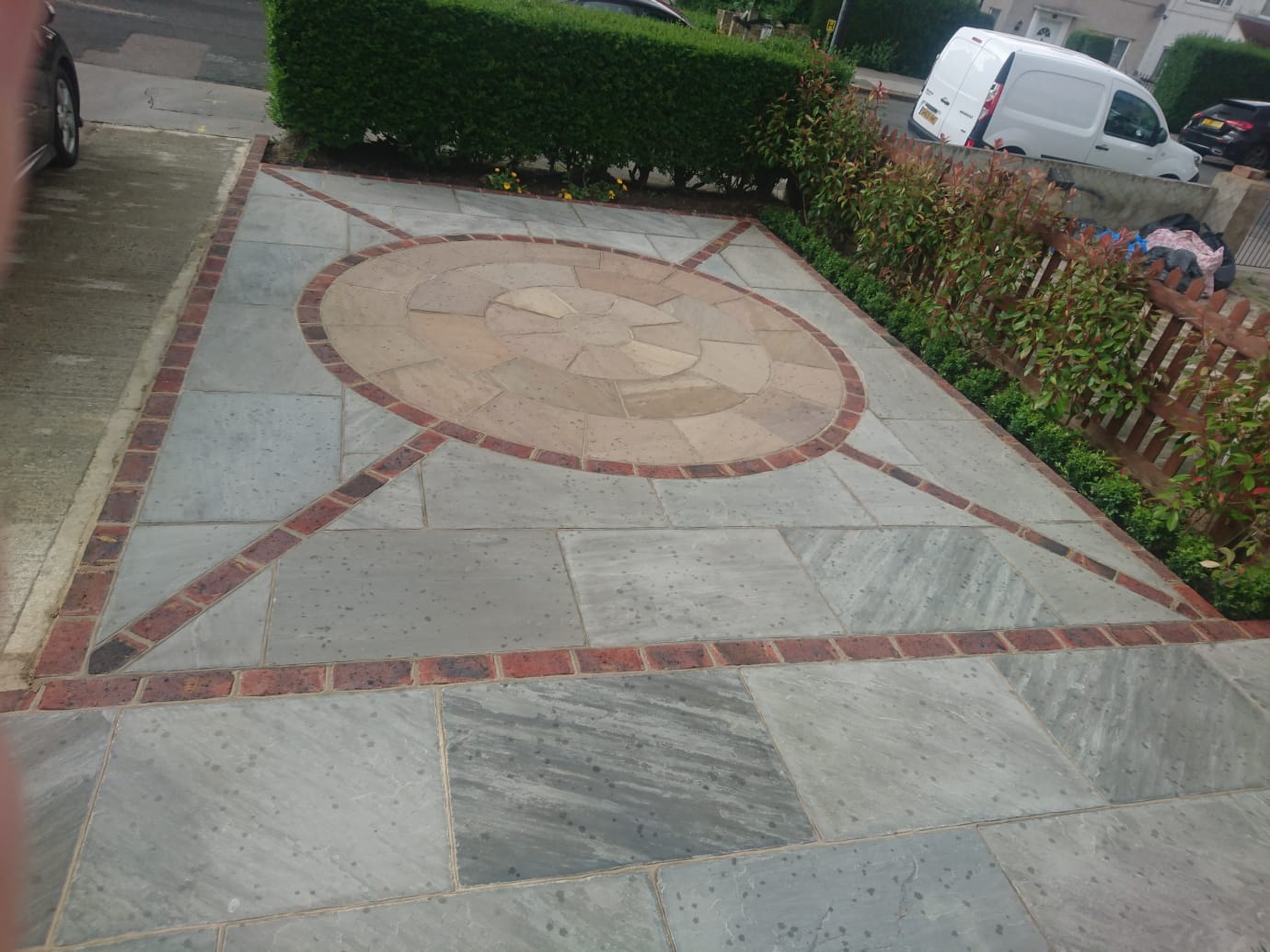 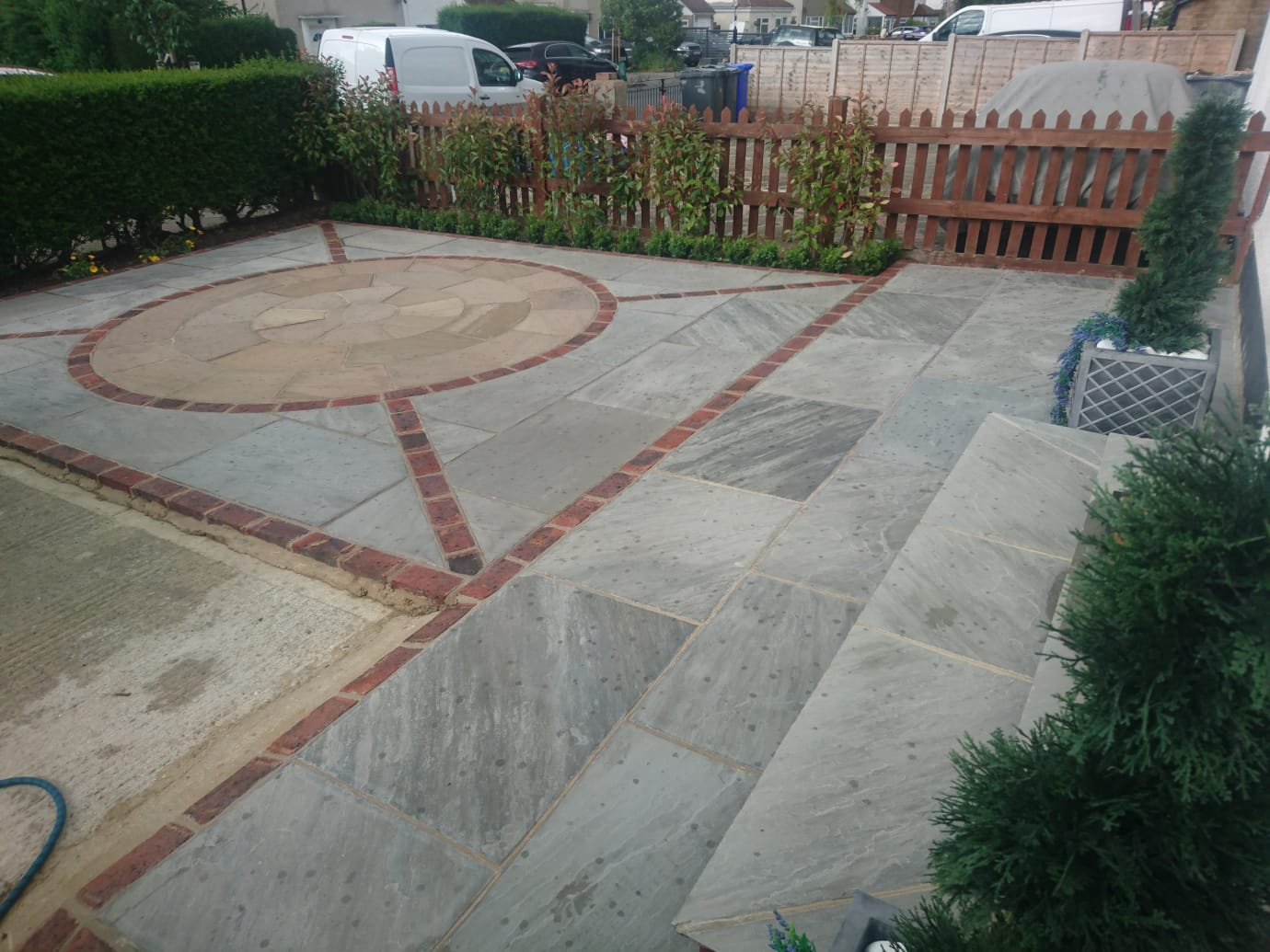 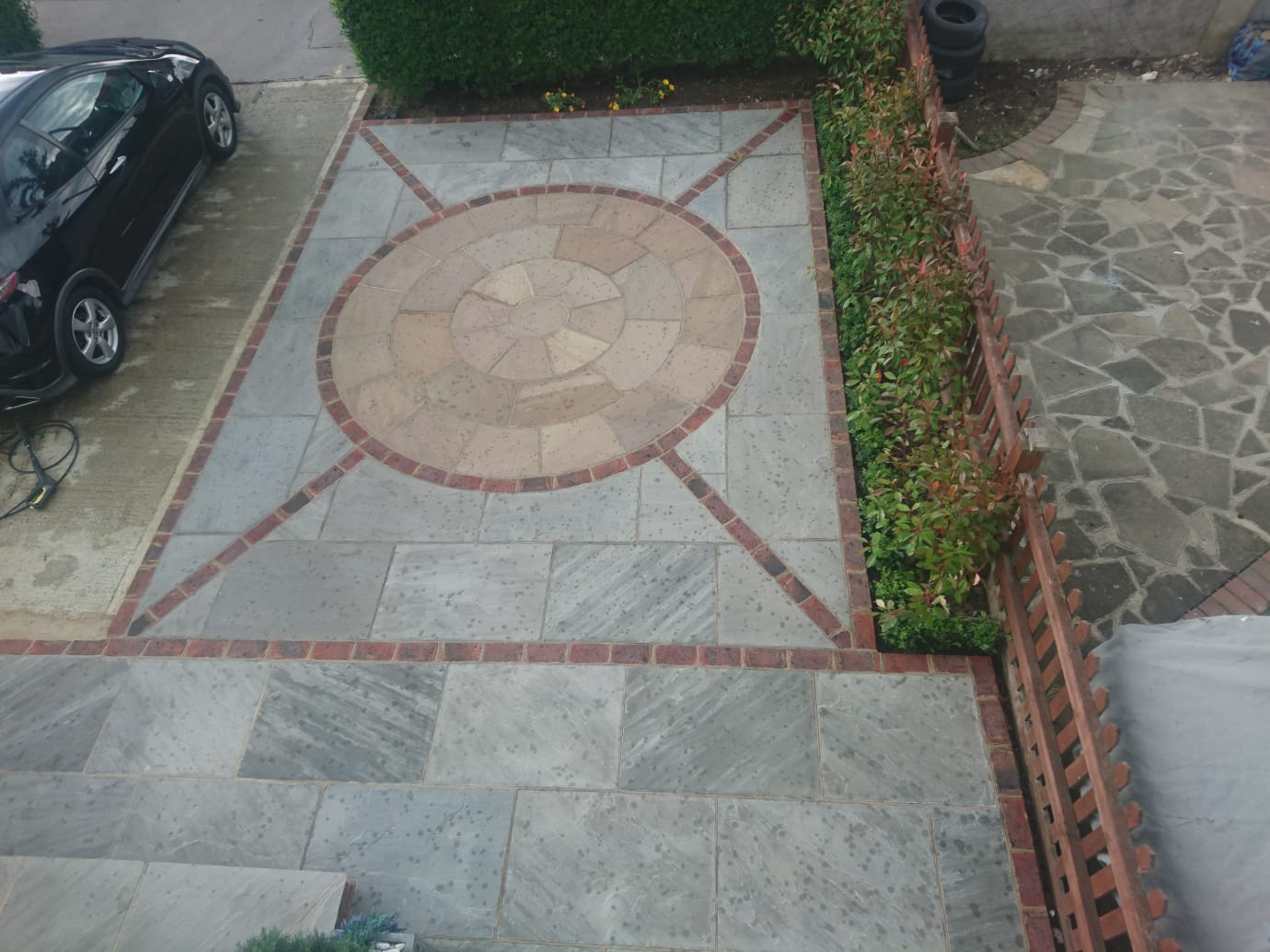 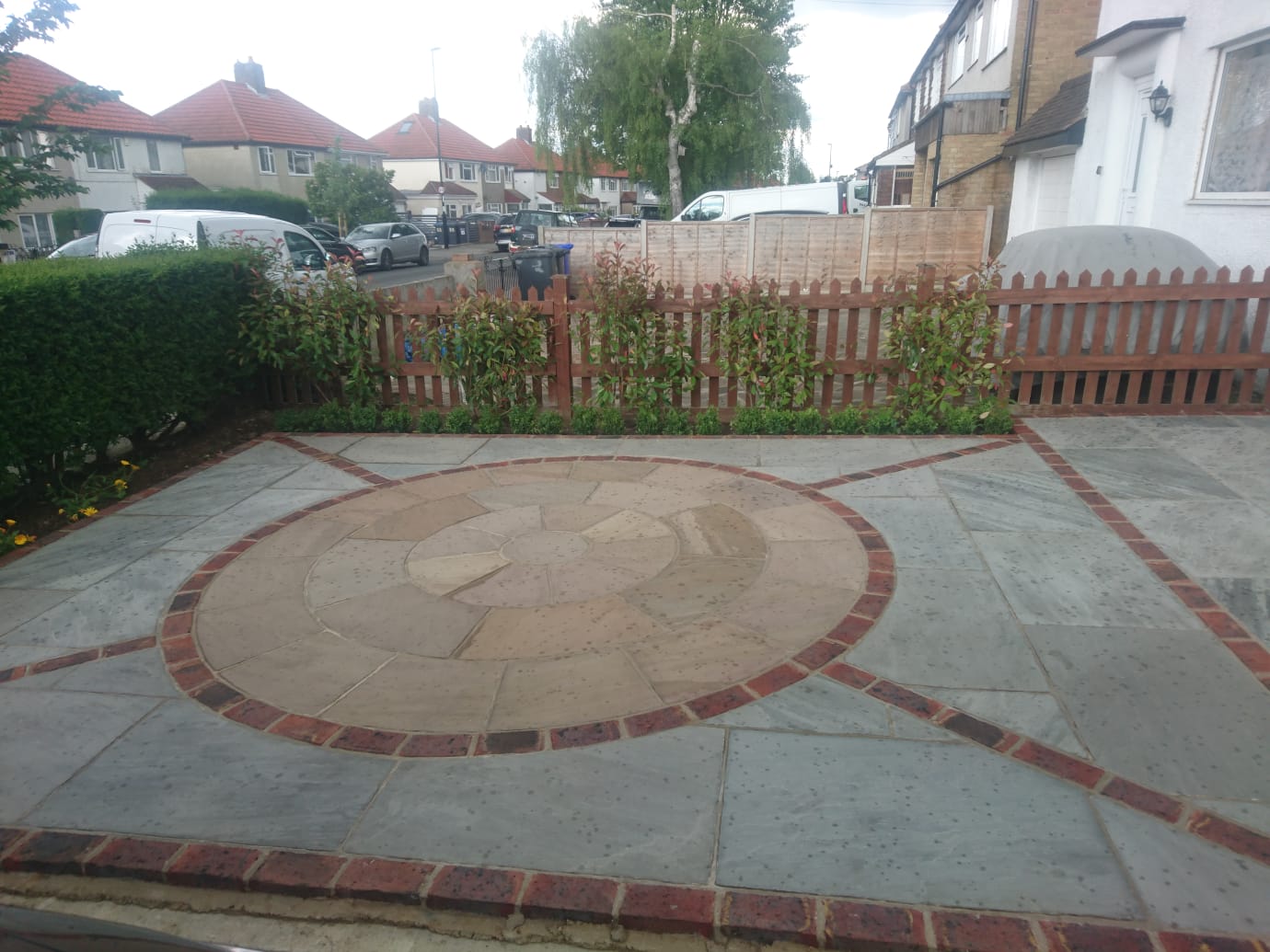 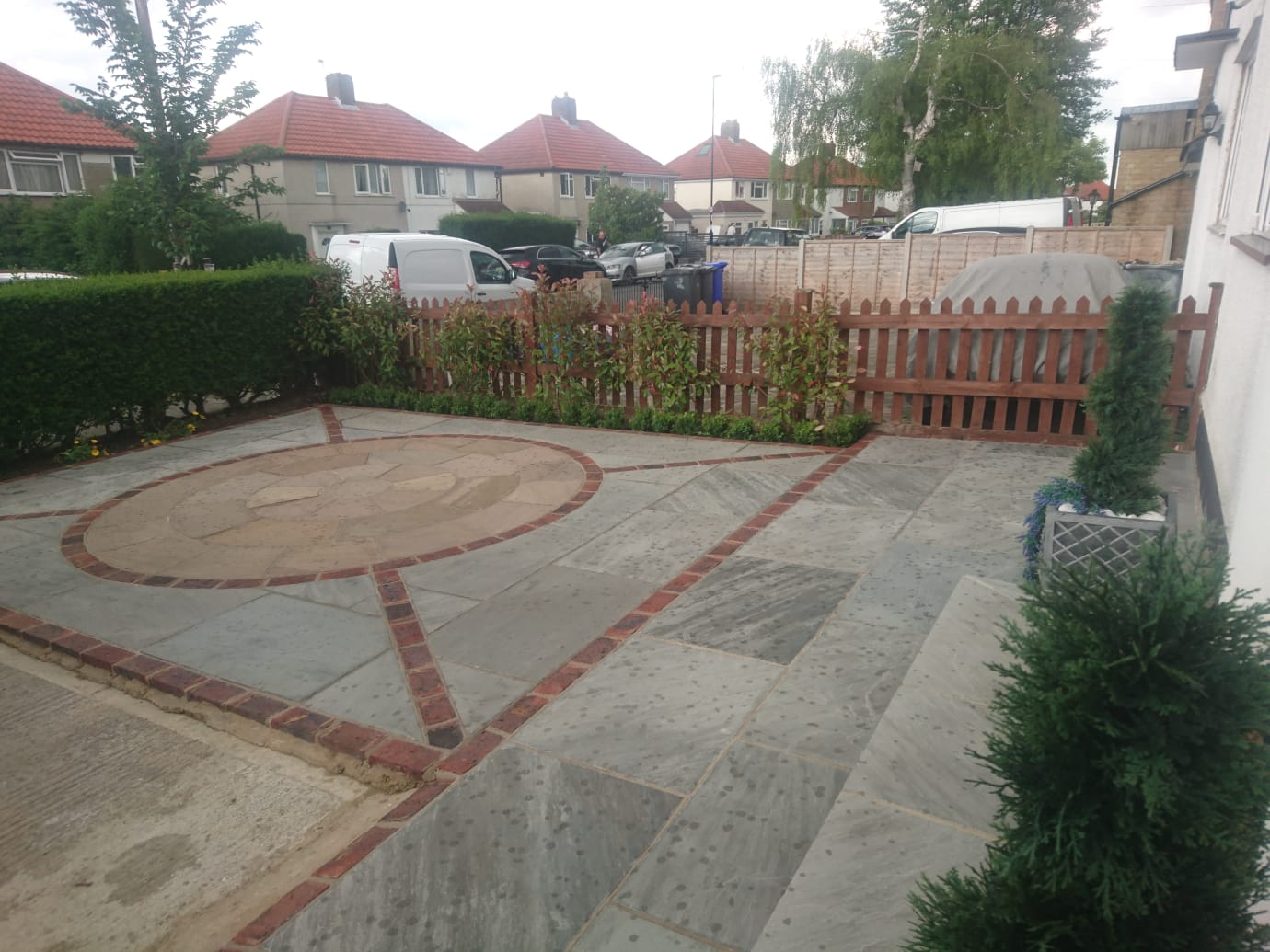 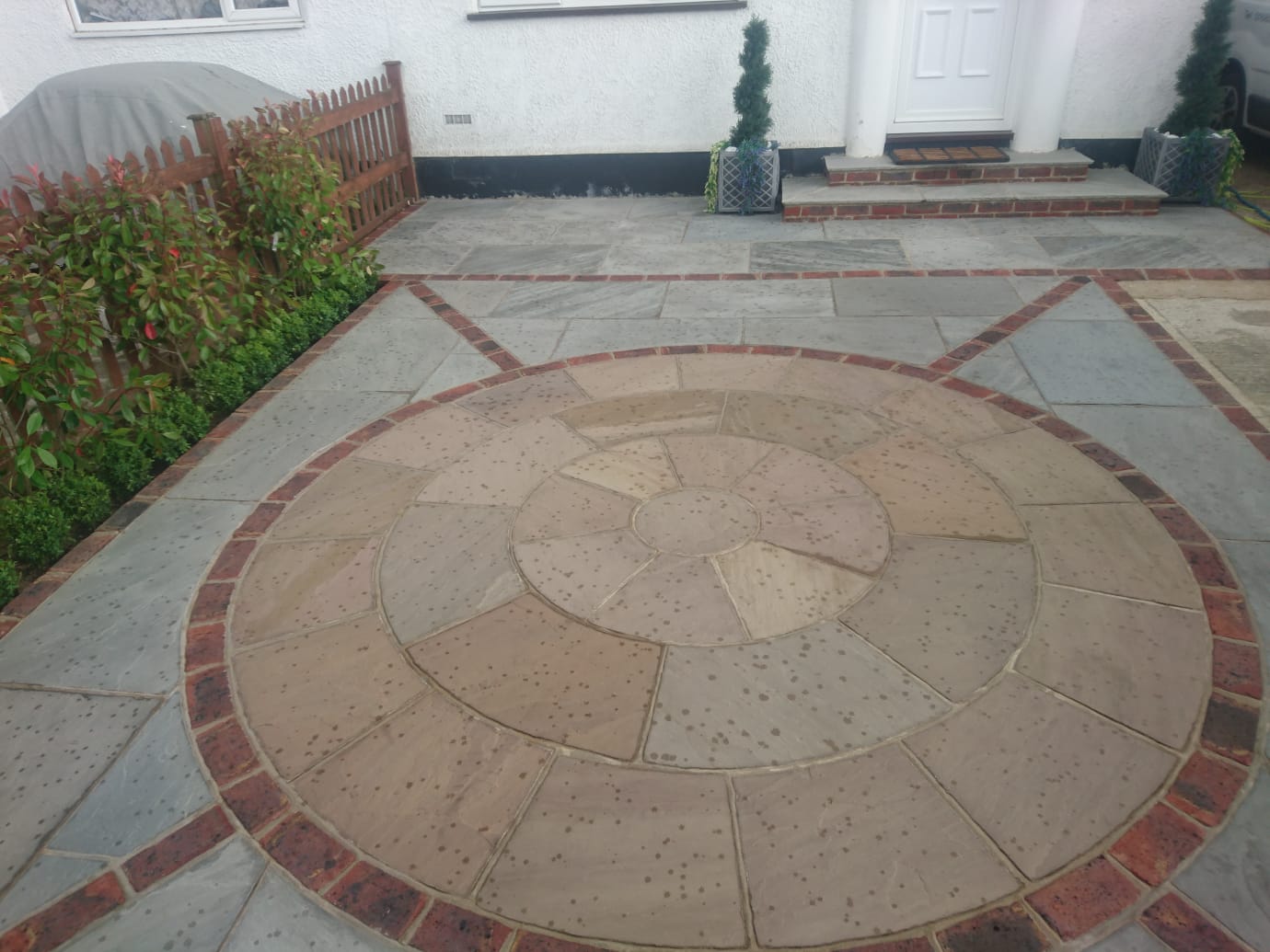