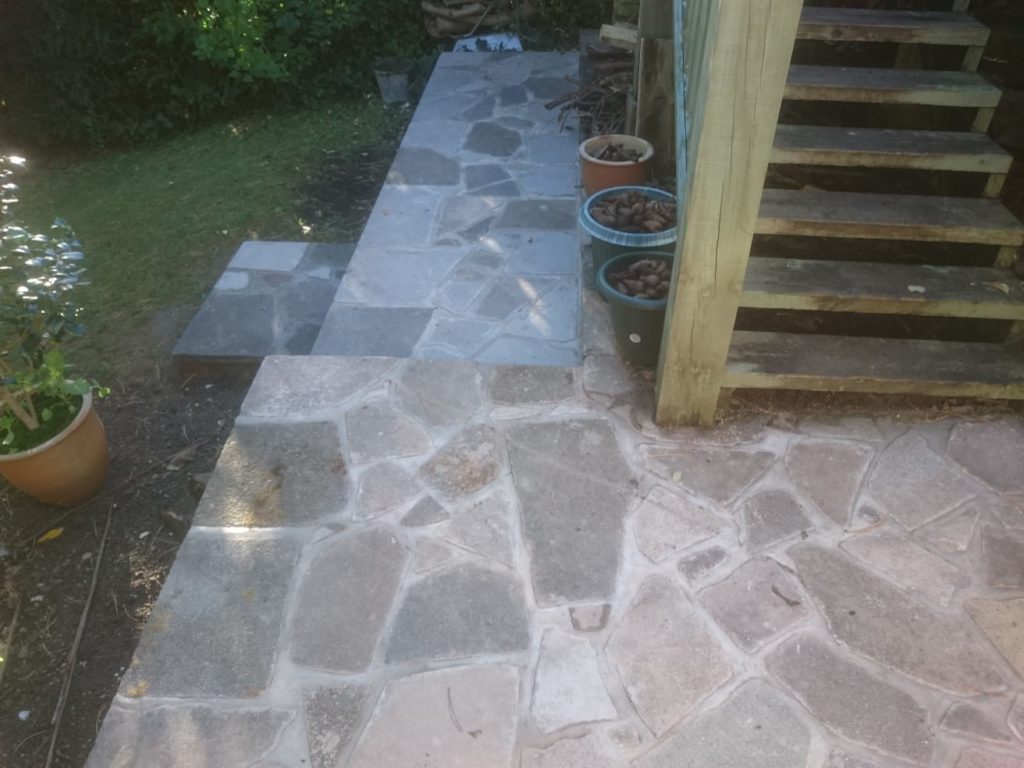 Vas Landscapes reviewed this site for the customer in Purley Croydon. The task was to lift and relay the old crazy paving which had weeds and grass growing through it. We removed the existing crazy paving around the front of the decking area and the stairway. We then excavated the previous sanded base at

150 mil deep. Next we installed a membrane for any further movement. The brickwork stayed as the existing. We then placed a concrete base and membrane for the sub base. After which we placed 50 mil of sand and cement bed to relay the crazy paving.

We used new bricks and once the crazy paving was completed the customer decided to replace the decking. This meant exposing the old decking boards and to remove the timber gazebo.

Next we removed the existing joices. The only remaining areas were the staircase and the bannisters. The post holding the bannisters and the timber structure around the perimeter of the decking remained as these were in good condition. I replaced all new joices and added loggins in between the joices to give extra strength.

The existing joices did not have any loggins. Once the structure was complete we laid new decking boards in one complete length so there were no cut joints. Vas Landscapes then added extra posts underneath the decking for extra support and bricked around the post. The post was fixed to the joices underneath.

The customer in Purley was extremely satisfied and happy with the work carried out. 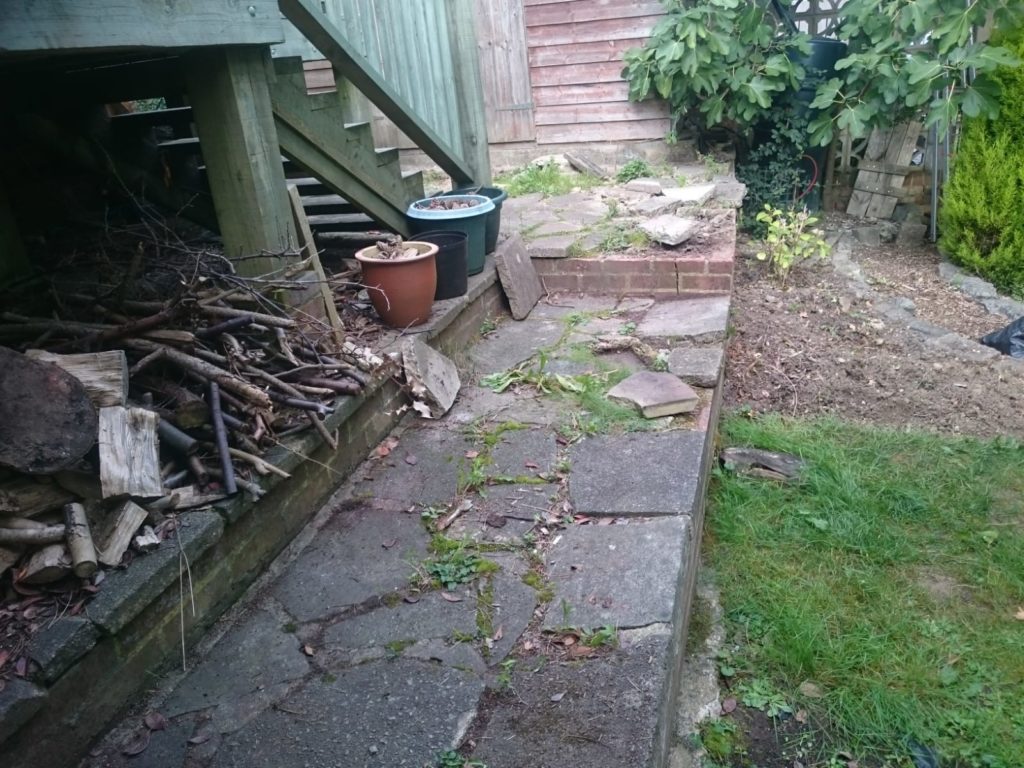 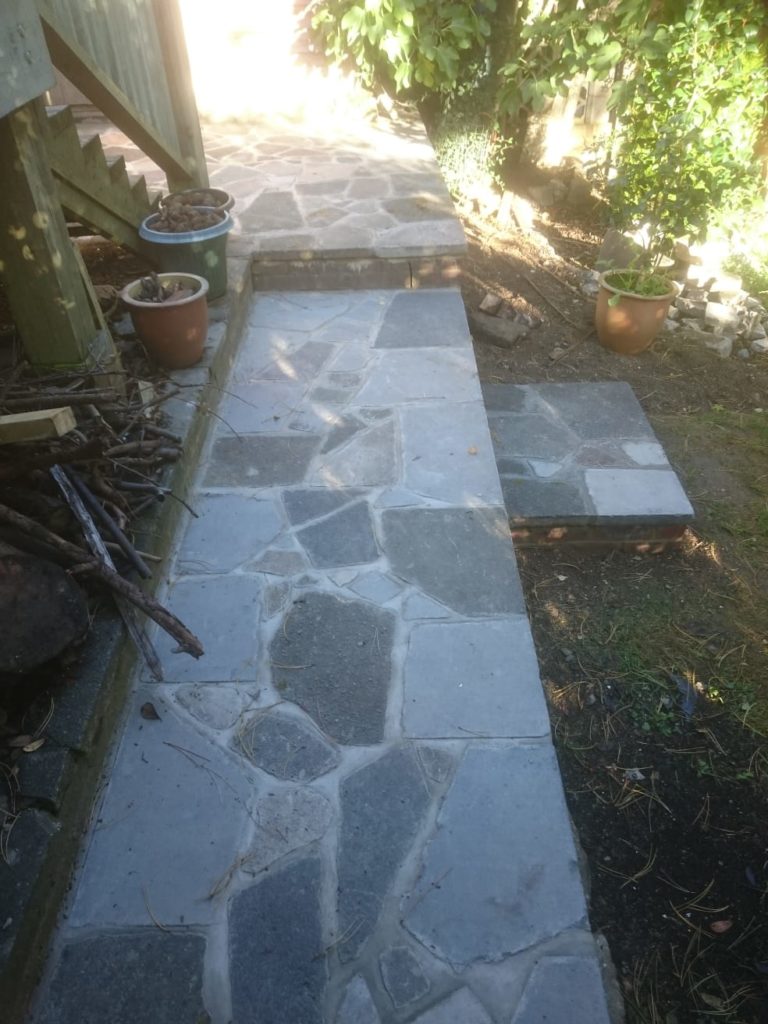 View the images of our work below