After a phone enquiry by a customer in Beckenham, Vas Landscapes visited the customers in order to ascertain what the project would involve.

They wanted Vas Landscapes to carry out the work so we began by removing the old tired front garden wall and footings which we estimated as being 30 years old.

First we removed the shingle gravel and the  old concrete path. We then re excavated the footings and poured new concrete footings in. Next we built a 9 inch brick wall with 4 13 inch pillars.

Once the wall was built to height we placed two creasing tiles on top of the wall which were staggered. We then installed blue engineering bricks on top.

Next we built a small single parting wall and then paved the area of the garde and then excavated the area at 150mil deep and installed laying materials and bedding materials.

Between the front garden pillars and the concrete path we installed a limestone borneo step in order for the tiling to look neat once installed. Before the paving was laid we installed a new concrete screed path at 150mil deep ready to be tiled in the future by the customers.

Once the path was installed Vas Landscapes installed the blue slate paving and pointed it. The debris was then removed from the flower bed and we re dug the area and installed organic top soil.

The customers were extremely happy with the work carried out and were amazed at how the garden changed the front of the house appearance.

Railings will be installed by a third party and more photos will follow.

Images before the Project

Video of the finished project 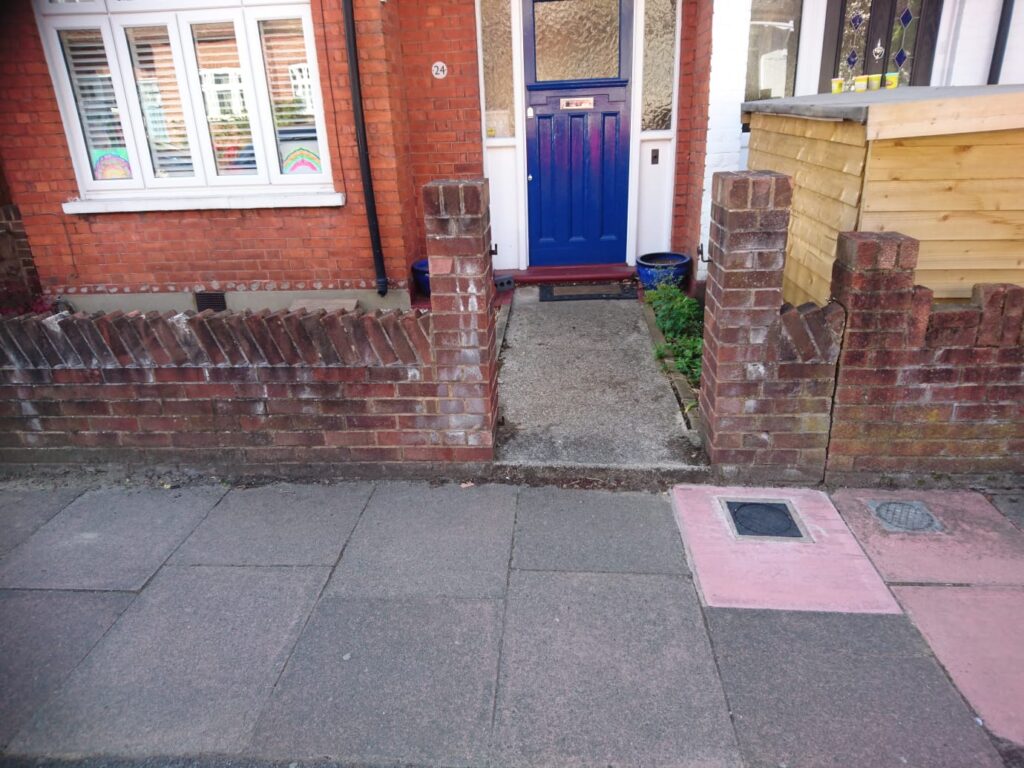 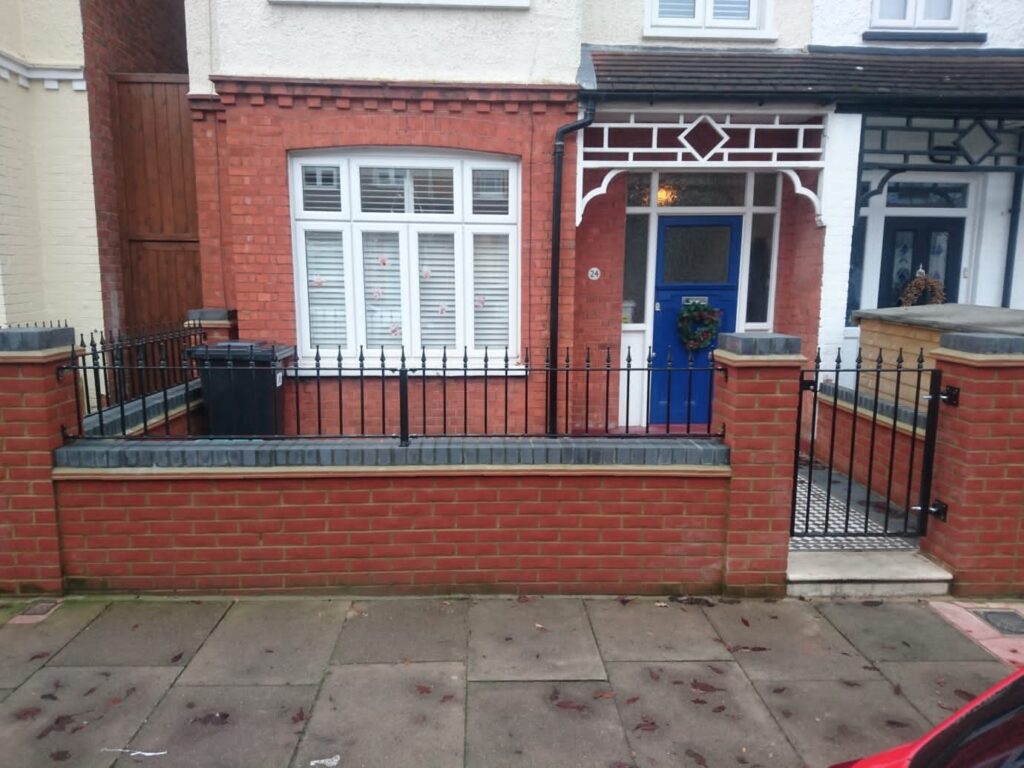 Images after the Project